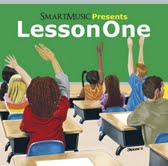 Hip-Hop Recording Artist Larry Henderson A.K.A. Lak is the ‘hip-hop educator’ featured on international media outlets including CBS and London FM radio. His new album, Lesson One: Hip-Hop & Education, has hit bestseller lists on Amazon.com, reaching #1 in Hot New Releases and #8 in Educational Music. The album blends educational lyrics, ill metaphors and an hypnotic flow with underground hip-hop beats. Songs on Lesson One hit on topics such as money management, African-American impact, female empowerment, history, politics and more. Listeners will be impressed that even though Lak’s music is educational, the soul and integrity of hip-hop music is not compromised. Dominion of New York Magazine says, “Most people who use hip-hop to educate children do so badly. Lak does it so well that after a kid shares his music with you, you’ll secretly download the album yourself.” More about Lak at http://www.SmartHipHopMusic.blogspot.com. Connect with him on Twitter @SmartHipHop.

Listen to this episode: